There will be no extra development necessary for AlphaHub merchants as all new integrations are seamlessly added to the platform for immediate use within the transaction orchestration layer. The AlphaHub’s unique orchestration layer allows third party solutions such as Alipay to be utilized across eCommerce, mCommerce and POS within a matter of clicks.

According to the Chinese Ministry of Commerce, China’s e-commerce transactions were valued at $2 trillion USD in 2014. There are over 642 million online users monthly, and over 565 million monthly mobile users, representing almost half of the Chinese population. Alipay has gone from strength to strength in 2015, recently smashing previous records by generating over $5 Billion USD GMV in the first 90 minutes of the 11.11 ‘Single’s Day’ shopping festival, and $14.3 Billion USD over the course of the day – of which, mobile accounted for almost three quarters of all transactions.

But it’s not just Chinese sellers who are benefitting – According to Alipay, the number of Chinese consumers shopping U.S. brands online over the holiday season has increased 7 fold over last year. Through the AlphaHub’s support of Alipay, merchants worldwide will gain access to the lucrative Chinese eCommerce market, and also to the 117 million Chinese tourists who travel internationally every year. It is estimated that Chinese tourists spent roughly $165 Billion USD in 2014 – almost 50% more than tourists from the United States, making them the single largest spenders of any nation.

“With China predicted to take 50% of the global eCommerce market by 2018, more and more merchants are looking East and partnering with Alipay is of strategic importance” commented Rónán Gallagher, Chief Product Officer at Alpha Payments Cloud. “By offering merchants simplified connectivity and access to Alipay they can open up their business to a significantly wider market”

We're not around right now. But you can send us an email and we'll get back to you, asap.

Any cookies that may not be particularly necessary for the website to function and is used specifically to collect user personal data via analytics, ads, other embedded contents are termed as non-necessary cookies. It is mandatory to procure user consent prior to running these cookies on your website. 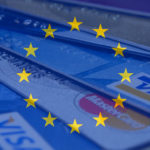